Dealing with Disturbing Thoughts During Pregnancy and Postpartum 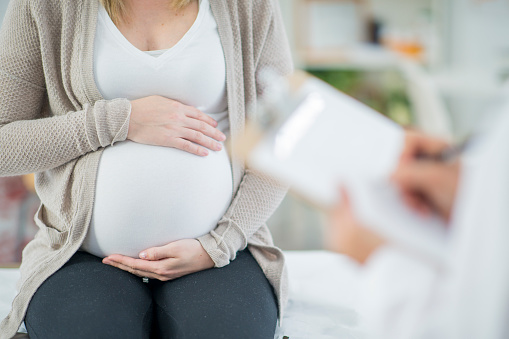 There are five main “types” or ostresentations of perinatal anxiety, depending on the primary symptoms being experienced. These types include:

It can be normal to experience all or only a few of these symptoms, although most women worry in addition to other symptoms. This information sheet will provide an overview of the symptoms and thoughts that go along with the second presentation, Obsessive Thoughts. And while it is true that most new moms or moms-to-be find themselves flooded at times about concerns about the new baby or whether they will be able to care for the baby once he arrives, for some people these thoughts can take on greater force, at which point we call them obsessions.

Strictly speaking, an obsession is any unwanted and intrusive thought, image or impulse that causes you distress. The most common obsessions experienced by pregnant women and new moms include the following:
• Contamination Obsessions
• Doubting Obsessions
• Harming Obsessions
• Sexual Obsessions

Obsessions are a core component of Obsessive Compulsive Disorder (OCD), but obsessions and compulsions can be (and often are) experienced independently, which is why they are discussed separately.

Contamination Obsessions
Contamination-type OCD is the most widely known of the various types of obsessions, likely in part because it is the one most frequently portrayed on TV and in movies (e.g., the movie As Good As It Gets, the TV show Monk, etc.). As the name implies, contamination obsessions consist of obsessive thoughts about germs and becoming contaminated. People suffering from contamination OCD will often avoid things such as touching doorknobs or elevator buttons for fear of becoming contaminated. A new mom suffering from contamination obsessions may not let anyone hold her new baby out of fear that the baby will get sick, even if friends and family wash their hands before holding the baby. Or, in more extreme cases, a mother may never leave the house with her baby out of fear that germs will infect the baby and make him sick. In this instance, both the baby and the mother suffer because the baby is deprived of normal experiences and stimulation and both are deprived of a more enriching environment that includes interacting with others.

Doubting Obsessions
A doubting obsession is one in which you are uncertain whether something was done correctly, or perhaps whether it was done at all. Common doubting obsessions involve things such as being unsure whether the stove was turned off, or whether the door was locked upon leaving the house. In such instances, a person experiences extreme anxiety due to their uncertainty about a given situation. For pregnant moms, doubting obsessions could include doubting whether you followed your doctor’s instructions properly, doubting the health of your baby once you’ve left a prenatal appointment (e.g., was that really the baby’s heartbeat? What if it stopped?), or doubting whether you will be able to handle the challenges of motherhood. For new moms, doubting obsessions could take the form of doubting whether a medication is given properly or a medical treatment is being done properly (even if done by a physician), or even whether you received the right baby in the hospital.

Harming Obsessions
For many people (including new dads), harming obsessions can be some of the most difficult obsessions to experience, particularly as few new parents-to-be are warned that at times they may have thoughts of harming their new baby even though they would never act upon those thoughts. While these thoughts are certainly distressing, they are in fact quite common among new parents and are likely to stem largely out of sleep deprivation, frustration at not knowing why the baby is crying or why it won’t go to sleep, and in new moms the rapidly changing and fluctuating hormones coursing through their bodies. In addition, many new parents are afraid to admit they have had thoughts like “If this baby doesn’t stop crying I am going to throw it out the window!” for fear that if anyone knew they had that thought, the baby would be taken away. Other obsessive thoughts could include thoughts or images of you drowning, stabbing, choking, hitting or smothering your baby. The important thing to remember is that there is a big different between having a fleeting, albeit frightening, thought and a desire to actually cause harm. Such thoughts are ego-dystonic, meaning that they are inconsistent with your personality and violate your moral values and beliefs. Other examples of harming obsessions involve situations where harm comes to your child by an outside source, such as your baby getting run over by a car or suffocating in his sleep.

Sexual Obsessions
As implied by the name, sexual obsessions consist of thoughts or images of sexually molesting your child. Examples of when such thoughts or images typically occur are during periods of close physical contact, such as during diaper changes, bathing, or nursing. As with harming obsessions, these thoughts are distressing for the very reason that you would never act on such thoughts or purposefully harm your child in this way because they are inconsistent with your morals and beliefs.

Getting Help
If you find yourself feeling trapped by intrusive and distressing thoughts and obsessions about the health and well-being of your baby, your ability to care for your baby or about your ability to parent in general, then you may be experiencing symptoms of perinatal anxiety. The good news is that you are not alone in experiencing these symptoms and help is available. If you would like learn more about perinatal anxiety symptoms or arrange for a free consultation, don’t hesitate to contact me.